My blog turned two at the beginning of March! It actually feels a lot longer that I started sewing and quilting. That possibly is because so much happened in these two years. I made 10 quilts, 1 table runner, 2 mug rugs, 3 pillows, lots of zipper pouches and other little sewing projects.

But most importantly I made friends.

Whether it is virtually through linky parties on other blogs, Flickr, or other social media there are so, so many nice people out there in this quilting community. And the ones who stopped by and commented on my blog posts are so much appreciated.

But meeting quilt crazy people in person is a real highlight! I followed an invitation by the newly founded Modern Cologne Quilters on a Saturday in early March. They had only started out as a quilt group last summer and had the great idea to invite quilters from the greater Cologne area to come and gather. 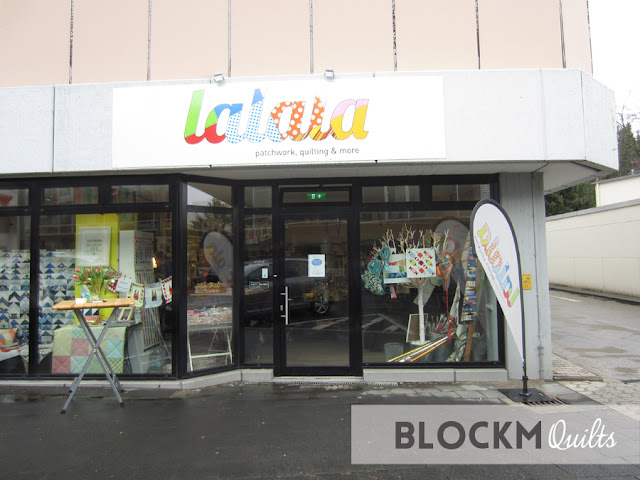 The shop is absolutely lovely and Dorthe has fantastic fabrics, if you're in the area make sure to stop by or visit the online store here. 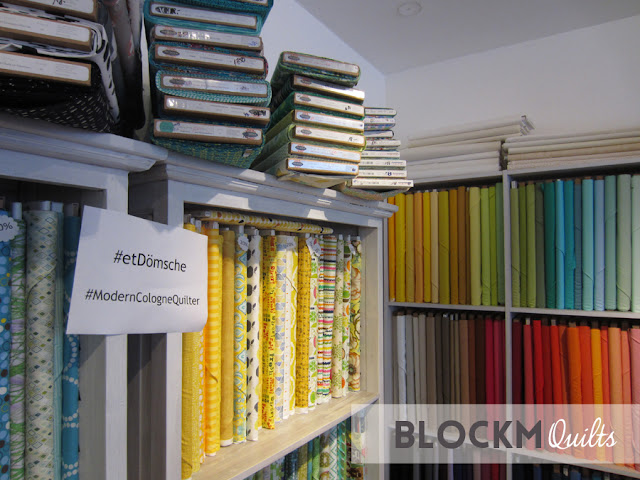 About 40 quilty people were there and talked about the best batting to use, what sewing machines they have, exhibitions they visited and much more. 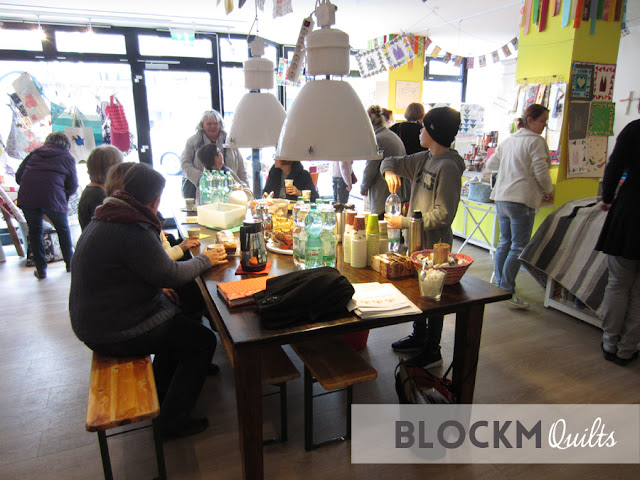 There was a 'show & tell' and a great variety of quilts were presented. I brought three of my quilts with me, Regatta, Plus One and October.

I had a great time at the meeting and that was not the last time I met these lovely people! I didn't take that many photos, I was too busy chatting and buying fabrics!!!

You can read up on some blog posts about this event here, here and here.

I don't want to miss out to mention that I also found wonderful ladies for my quilting bee, the Quilty Circle of Bees, and I have just met some of them at a sewing meeting in Hamburg, blog post to follow!

Linking this to Modern Patch Monday.
Posted by blockMquilts at 11:07 6 comments:

A pillow for a friend

Sometimes projects just have to happen, like this pillow here: 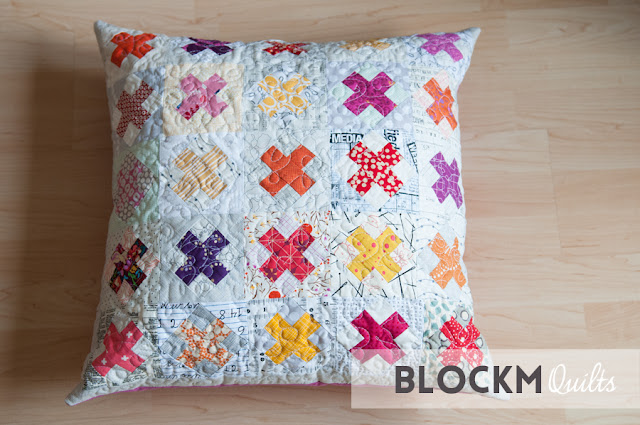 This was a spontaneous idea we had as a quilting bee and that's also the first finished project we made.We wanted to make a pillow for a friend and opted for this beautiful raspberry kiss block by Wooden Spoon Quilts.
We loved the colour pallete of the finished pillow in the tutorial and each of us made 5 blocks in yellow, orange, red, pink and purple. The pillow is approx. 60 x 60cm/ 23x23'' big and fluffy.

Each of us contributed materials as well such as the batting, zipper, the back fabrics, thread and I (as the Bee Momma) put it all together. 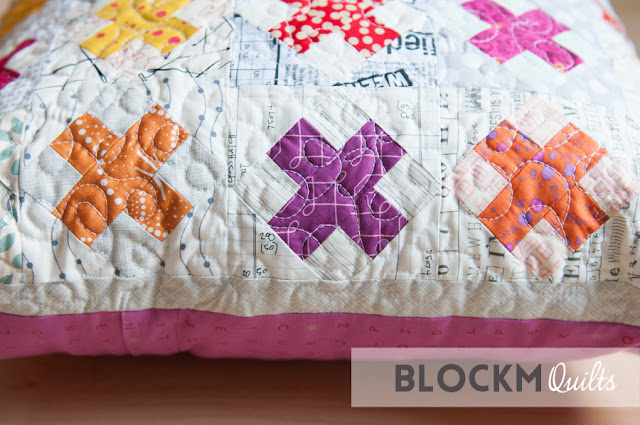 I opted to do the loopy loop free motion quilting rather than straight lines as the tiny blocks from 5 different people did have differences in size but overall the pillow looks super lovely and I'm sure it will be well received.

I'm feeling very proud having accomplished a little side project as a bee with my great girls from the Quilty Circle of Bees.

Linking this to Finish up Friday at Crazy Mom Quilts and Modern Patch Monday at the Modern Cologne Quilters. 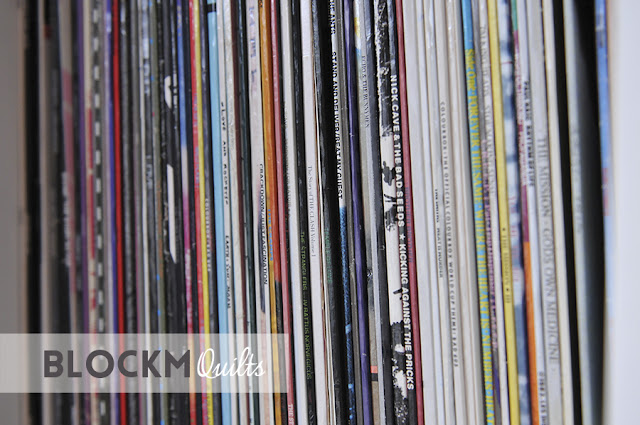 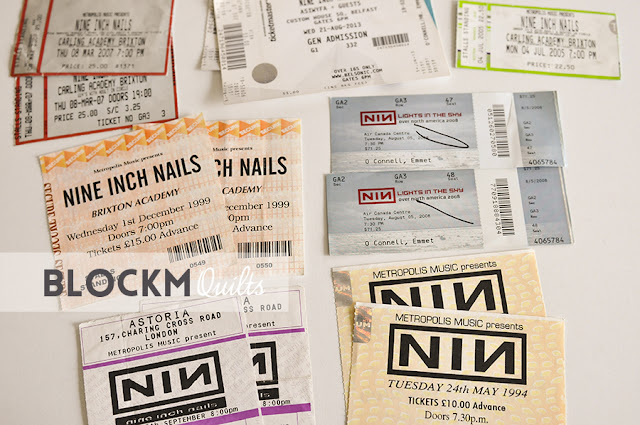 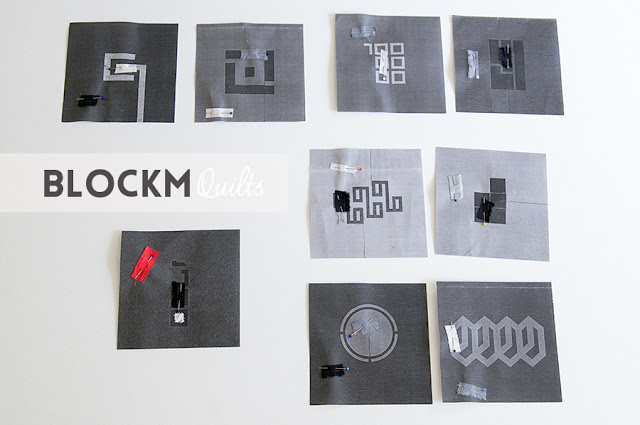 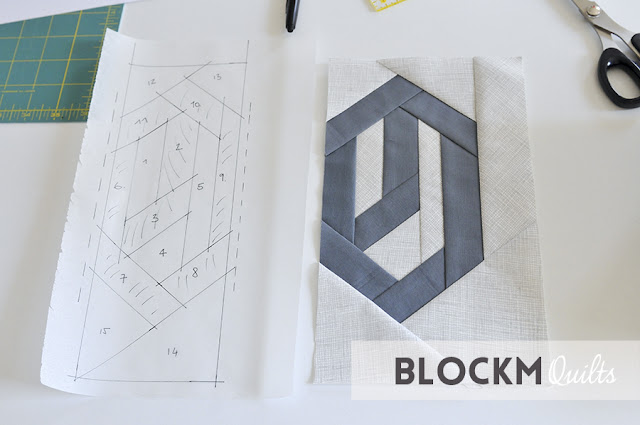 Linking this to Fabric Tuesday at Quilt Story.
Posted by blockMquilts at 10:52 8 comments: