The back of my 'Porcupine Playground' quilt just never ceased to amaze me. I knew that someday I would have to revisit this design and make an actual front out of the back I initially designed. So the upcoming QuiltCon submission was a good opportunity to do so. 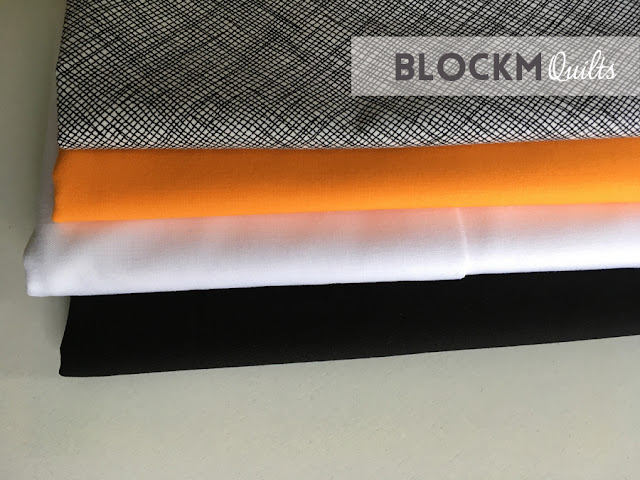 My plan was to achieve high visual impact with contrasting colours. So I opted for black and white solids, mixed with the ever so amazing cross hatched fabrics by Carolyn Friedlander and the same orange solid I used in 'Porcupine Playground'. 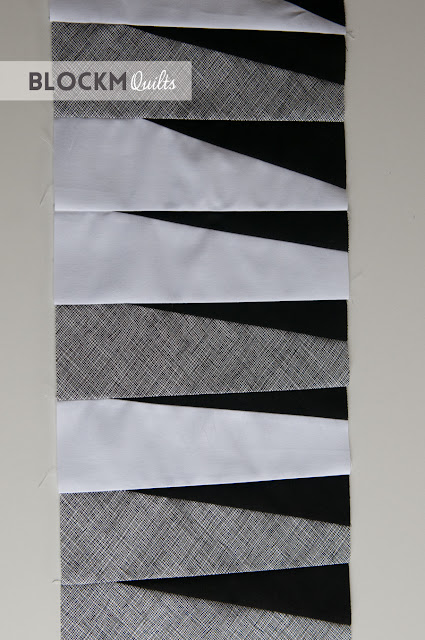 For the back of 'Porcupine Playground' I used left over half-triangles for the off-centered vertical strip. I now improvised the piecing for that dividing strip. I used this tutorial by Debbie of 'A Quilter's Table' to make 'improv spikes'. First back ones. 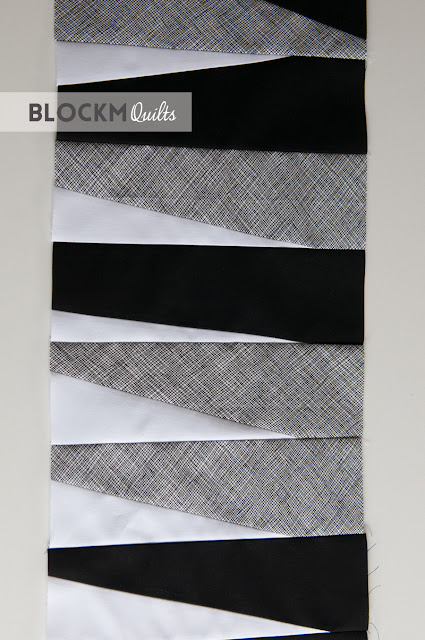 Then white ones.  My aim was to use a lot of negative space beside that vertical strip of spikes and have indistinct edges, so basically you don't see where the black fabric ends and where the white fabric starts. 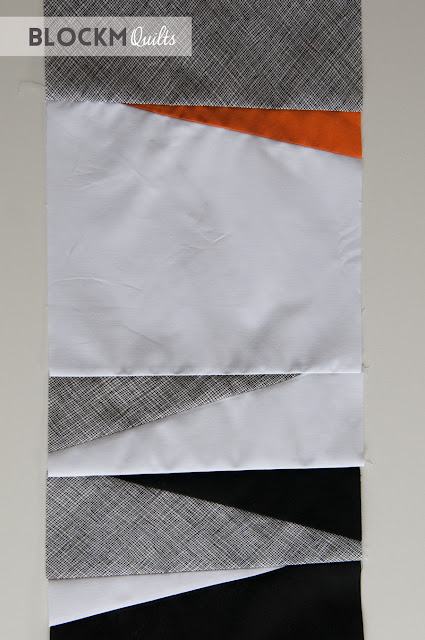 I repeated the idea of having little orange areas in the quilt as focal points to add a little interest. 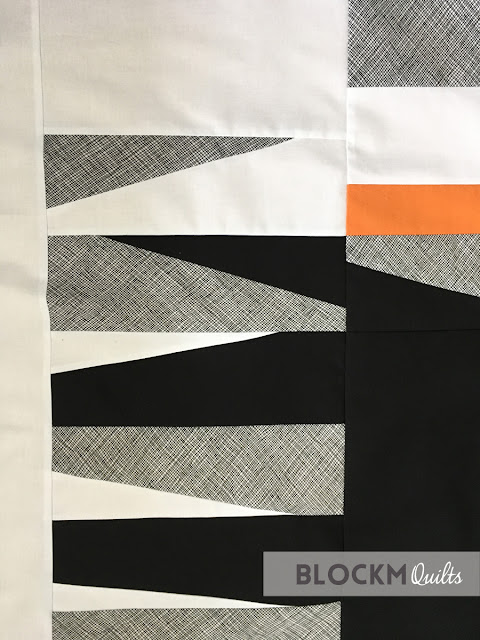 Whereas the back of my 'Porcupine Playground' quilt was to use up scraps and left over fabrics there was a lot of editing and careful arrangement of colour and fabric placement this time round. 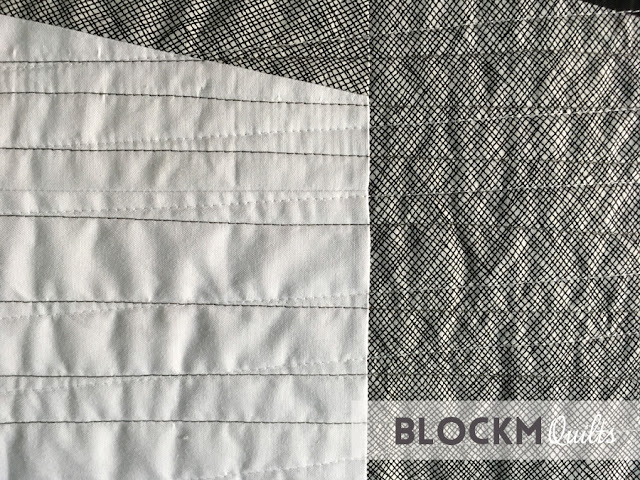 I quilted straight lines with white Aurifil 40wt thread first and wanted to quilt with black thread as well, but that didn't go according to plan. I don't know of you have ever tried to sew with black thread on white fabric, but it just doesn't look good.

I spent an entire weekend trying to figure this out. I thought it's my thread tension (which was a bit off) but it seems as though a lot of people had similar difficulties. Apparently the loop from the bobbin thread is so visible on the white fabric that it just looks odd.

So I used dark grey thread instead, and I was so happy that I did. Black thread on black fabric is invisible. Not so the dark grey, it created a such nice texture. Exactly what I wanted. 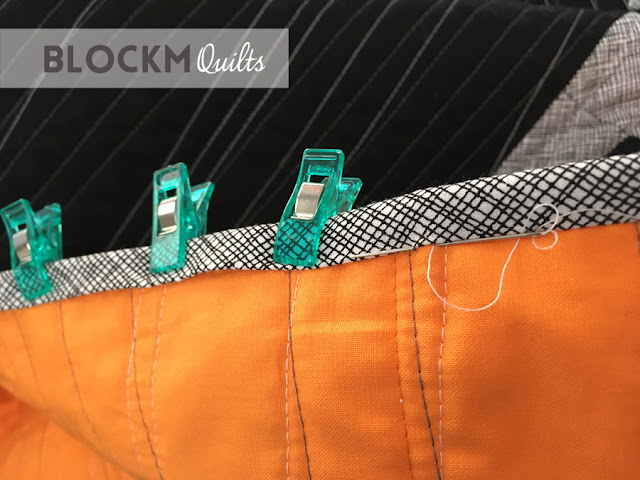 I used a lot of orange solids for the back. The different coloured thread looks so good on it!
And I applied the binding again by hand. Three evenings. That seems to be the standard time frame for my size of quilts. This one is rather big though with 60 x 84" (1.52 x 2.33m).

I just finished it in time for the QuiltCon submissions. Fingers crossed that it gets accepted!
Stay tuned for the full reveal of  'Splinter'.